Through film, music, archival sources, and literary texts, researchers explore the role of the arts in expressing the pain and suffering of incarceration and social death, and the power of cultural resistance against discrimination, dehumanization, and enslavement.

The Arts as Black Resistance in Eighteenth-Century London

“The Arts as Black Resistance in Eighteenth-Century London: The Life and World of Ignatius Sancho (1729–1780)” is an interdisciplinary, arts-focused research group affiliated with the Institute for the Study of Global Racial Justice at Rutgers-New Brunswick and comprised of faculty from the Mason Gross School of the Arts (Departments of Music and Theater), the School of Arts and Sciences (Departments of Art History, English, and History), and the Rutgers University Libraries as well as scholars from institutions elsewhere in the United States and the United Kingdom. We will work to build a public-facing, digital platform that addresses the arts in the worldview and practice of Ignatius Sancho, a Black British writer and musician who was deeply engaged with the visual and performing arts as means for resisting discrimination, dehumanization, and the enslavement of Black people in London and across the British empire. Our digital project, which will include audio/visual materials as well as explanatory essays written by members of the research group, will offer a new understanding of eighteenth-century London, situating Ignatius Sancho within a racially and culturally complex landscape and highlighting the role of the arts in advancing the cause of racial justice.

Image credit: Francesco Bartolozzi, engraving of Ignatius Sancho after a portrait by Thomas Gainsborough (1768). The engraving was later printed in the posthumous collection Letters of the Late Ignatius Sancho, an African.

Watch a Video: Sonya Headlam and Rebecca Cypess perform music by Ignatius Sancho and explore its antiracist and antislavery messages. 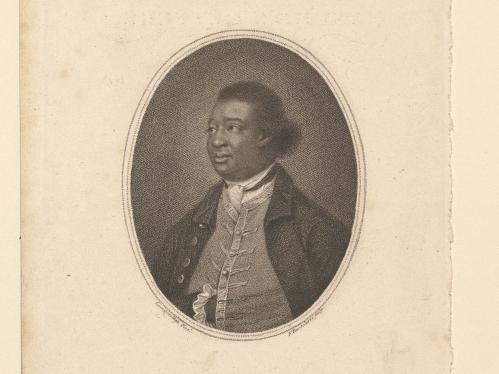 The Hurt of the Past, the Wounds of the Present

The Hurt of the Past, the Wounds of the Present is a collaboration between Rutgers associate professor Emily Allen-Hornblower (School of Arts and Science, Classics, Rutgers–New Brunswick) and her partners: mainly, Nafeesah Goldsmith, Edward Kates, and Marquis McCray, survivors of the New Jersey carceral system and passionate criminal and social justice advocates. The project engages the public in community conversations about the power of ancient Greek tragedy to elucidate mass incarceration by focusing on the resonance of ancient plays and their themes for (currently and formerly) incarcerated men and women. Together, this team of collaborators hoists the power of storytelling (ancient and modern) to spark meaningful exchanges about what it means to be human and the dehumanization of prisons, putting the shared humanity of all front and center. Our goal is to create a digital archive of these communal dialogues, including a podcast and documentary film trailer. 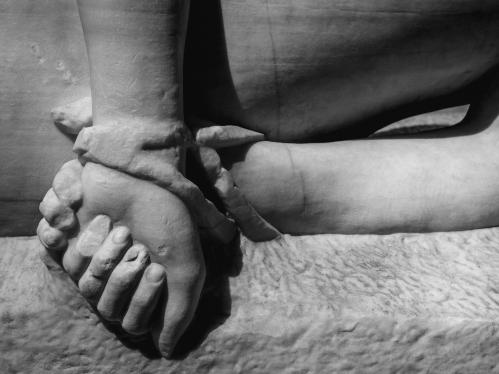